It’s so hard deciding if this episode was the Top 8 or the Top 6, but there were 8 performers so that’s what I’ll go with.

This was an interesting night because I’d just gone back the day before and listened to a lot of the “most performed song” performances so they were nice and fresh in my mind. Turned out that my cutoff of 6 performances was a little off (there was definitely one contestant that chose a song only sung twice). But I guess expanding the songbook at least makes for a more interesting evening. And interesting it was. It really showed off to me, how talented a lot of these contestants are. It also had me really arguing back and forth at myself as to who should be saved. Should it be Sonika or Avalon? It was definitely the hardest “who to keep” I’ve seen all season. Besides times where they obviously chose the wrong people to keep (yes I’m looking at you Tristan and Gianna).

The night opened with duets and with the way they went (best to worst) I was a little worried the night would go like that. But I was pleasantly surprised. But I also thought the duets would be commonly performed songs. Then the first three performances were songs never performed on Idol. Were they great performances? Well, one of them was, yes I’m looking at you Trent and La’Porsha! And the Sonika/Avalon pairing wasn’t bad either. The other two well…

But really I’m ready and willing to download “See You Again” when it’s available on itunes. I didn’t realize how well their voices compliment each other. And while I wasn’t a fan of Trents performance of Stand By Me, this really reminded me that it’s not his time to go home yet.

I did think it was interesting that the only people to sing a duet of a song that’s been done (now, more than any other song on American Idol), were Lee and Tristan. If anyone didn’t need to be compared to better performers, it’s them. But guess what, we did. And guess what? They were probably the worst of the 9 total performances. That doesn’t even include Lauren Alaina who had it as her audition song. Well, one of them. I do hope that the ability for comparison makes people realize who should go home (I guess at least America was half right).

So let’s talk about these performances. We’ll just go in order. I think that’ll be easiest.

La’Porsha Renae – Come Together by The Beatles

I think, if anything, this song in Idol history, is really synonymous with pretty great performances! The only bad one was Sam Woolf (ok and Qaasim – I had really wished Quentin would sing that song). I think for the most part, the only people who pick this song, are people who know they are going to kill it, and they all did (mostly). So if I had to compare La’Porsha with the previous 6 performances, I’d place her solidly in the middle, leaning toward glass half full. It’s astonishing because when compared to her fellow contestants, she’s leading the pack, but when you compare her with those who sang the song before her, she’s stuck in the middle for me. Carly Simpson just sang it SO well. She’s my favorite by leaps and bounds. That said, I felt like La’Porsha did kind of channel her growl that made the performance what it was.

MacKenzie Bourg – You Are So Beautiful by Joe Cocker

I think MacKenzie made a pretty smart song choice. He’s not really like anyone else who’s sung it before. It was definitely Taylor Hicks best performance (I dare say it’s worth a re-watch), but I didn’t love this song with Jessica or Danny sang it. And either way, MacKenzie doesn’t compare to any of them musically. Had someone like Sonika done it, she’d be immediately compared to Jessica – and could probably hold her own – but comparing MacKenzie to any of these three, is almost like comparing apples to oranges.

Trent Harmon – Stand By Me by Ben E. King

Trent did really well, but he took a huge risk. The 4 other guys who covered this song had really great performances. Phillip had a great soulfulness, Archie’s voice just stands out as clearly the best of the group, and weirdly, I thought Gokey brought almost a country twang to it. He wasn’t country though, was he? Either way, Trents, for me, fits somewhere higher Phillip but lower than Archie. He did have a lilting quality to his performance that I enjoyed. I do agree with JLo though that I didn’t like his look as much tonight.  Bring back all the scarves (unless they’re covered in mono still).

I’m not gonna lie, when I heard the song choice I was like – has this even been done before? But when she started it I remembered Jordin Sparks singing it in the Finale. And I guess she sang it in the Top 07 as well. And then I saw Jessica Sierra sang it and she still rings out in my mind as a “gone too soon” contestant! This is another time where comparisons hurt the performer. Listening to Jordin and Jessica sing this, and Diana too, to some extent, it just makes you realize how much farther Tristan has to go in her vocal coaching. She’s not to the caliber of the other ladies. Especially Jordin. I’m honestly shocked she made it through tonight. But I’m going to try not to dwell on it…

I was fine with Tristan being picked because I thought, maybe it’ll be Dalton and Lee in the bottom and that will be fine. Surely it wouldn’t be Avalon AGAIN! 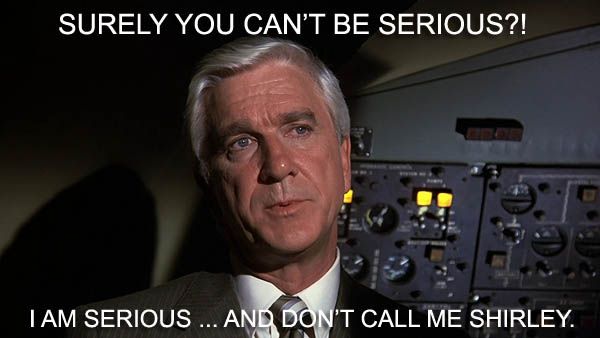 but then it happened…

I was also starting to wonder if no one would sing a Stevie Wonder song… most performed artist, after all! But alas, we were stuck with Dalton singing a classic (probably one of my favorite) Beatles songs. I did not even have to look this up to know that David Cook crushed Dalton as far as this song is concerned (I also didn’t need to look it up because Dalton kind of sucked except at the end there). I was never sure if I liked David Cook but this performance made me think I might. I didn’t really start liking him until he sang Always Be My Baby by Mariah Carey. That was a really great performance! I also have to say that re-listening to Michael Lynche’s performance, that was really great too! Better than Dalton for sure. Also I could only find Paul Jolley’s studio performance of this, not his real version, which makes me think it might’ve been terrible. It was the week he was voted off, after all. Long story short is that but for Paul, Dalton was probably the worst performance of the previous performances of this song. And don’t even get me started on the judges reactions. I mean…

And then we were left with the poor terrified bottom 3. Well, 2 of the 3 were definitely scared. I think Avalon was just like – screw it, I got this.

My bigger beef with Avalons song was that only 2 other people have sang it. Is that really an Idol classic? I don’t think so. That said, I think she did great. This was probably the first performance where I thought that the performer was better than any of their predecessors. Which is why I think she probably should’ve been saved, but I’ll get to my arguments for saving Sonika too. I was really torn with that elimination. But here’s my pitch for saving Avalon – more interesting song choices, excellent performance under pressure, overall great attitude, would probably be my friend. And did  I mention how good her performance was?

Other Performances: Danny Gokey (Season 8, Top 13) and Justin Guarini (Season 1, Top 04). Justin’s unfortunately was either recorded before people were putting videos on the internet, or it was forgettable enough that no one remembered to put it on the internet.

Lee Jean(ValJean) – Let it Be by The Beatles

This was Daltons performance all over again. Just hearing what he’d be singing reminded me of Brooke White’s version of Let it Be and how stellar it was. Did she cry in it? I would probably put it in the Top 25 greatest performance on Idol. What that means is that it unfortunately focused in on the connection that Lee just didn’t have to the song. I feel bad for the kid. He did look really defeated while performing, I’m sure the nerves were really bad, but this just wasn’t good. I did feel so bad for him when he spoke before the judgment, because he was just adorable. I just think he needs a few more years. I really think he could have a great career and hopefully this is just his jumping off point. Also it should be noted he was way better than Burnell’s version of the song, if it’s any consolation.

Sonika Vaid – I Have Nothing by Whitney Houston

Sonika picked probably one of the hardest songs in Idol lore. It’s been performed (very well) by many of the greats. Was she better than those ladies? No. But did she hold her own? Abso-freaking-lutely. Arguments for keeping her: Holding her own against the likes of JHud, Jessica Sanchez, Trenyce, Vonzell, Katherine… she challenged herself and really showed she should be on the show. I think picking a song that’s been done a lot and doing it well, says a LOT about the quality of a singer.

And with that, we are left with a Top 6, which I assume will go down to 4 next week and then one at a time after that? I wish it would go one at a time from here on out but I don’t know if they’ll give me that much in this shortened season. Time will tell!